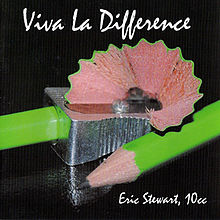 As a former high school teacher, I saw those seeds of intolerance.

Pretending they're not there - believe me - will not make them go away. They do, however, present us with a ripe socio-cultural landscape to promote a place where all views are welcome and debated RESPECTFULLY.

I feel very fortunate that the vast majority of students I met were far less ingrained in their thinking - were willing to discuss, debate and even reconsider their views with inspiring openness. We spent countless hours together trying to come to grips with 9-11.  If you experienced 9-11 as an adult and recall how shocking it was just imagine being a young person learning (from the exaggerations and aggrandizements of the media) about such a deluded and violent (read fucked-up) society.

Some adults could have learned a thing or two had they been a fly on the wall listening to these groups of engaged and compassionate youth.

What happened in that one South Shore school, with that one student, whether we like it or not, does reflect longstanding tensions between minority religious groups and the majority religious community.

Government and school officials are not always neutral with regard to such tensions and disputes, and may exacerbate them or create the atmosphere in which acts of intolerance or violence (like bullying) take place. Officials, especially in an EDUCATIONAL paradigm, who condone or fail to refute vilification of this sort (and other particularly egregious cases), are failing, in my opinion, to provide protection to members of religious minorities.