Except 2
Constructing a Common History 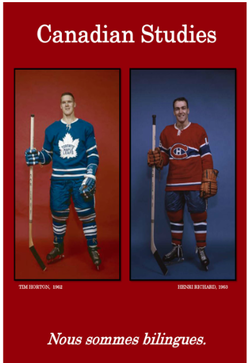 Image: Dalhousie University website
Narratives about nations, including Canada, portray concepts of history that identify historical events deemed relevant for its citizens. These events establish chronological and causal relations that underpin the way forward for any nation.

In the case of national identity, it is critical then that we, as Canadians, examine our solidarity within our own 'collectives' as well as the exclusion of 'others' from our constructed collective or collectives.


Canadians in 2012 do not carry the same national identity they did a hundred years ago.


Official, political or ceremonial discourses that attempt to gloss over, obscure or justify discriminatory practices are in direct conflict with the continued rebuilding of a Canadian persona that is as proud of its nation as we were taught to feel about Lester Pearson and the blue berets who exemplified a nation of peace-builders. The discourse I grew up with was a construct of Canada as a tolerant, multicultural country, and a country of polite citizens.


I quickly realized when I began studying history and then teaching history that the limits of this idealization were apparent in our history which marks the experience and barriers of non-white, Acadian and aboriginal peoples. And within these groups, women and children faced additional barriers in Canadian society.


Final Word
I give the final word to one of the sources I cited in my paper, Catriona Mortimer-Sandlands, a professor for whom I have much respect and gratitude for taking the time to examine part of the cultural landscape of my fragmented identity.


The video is about 25 minutes long, but the first few minutes will give you a clear picture of the narrative that I've been contemplating for so long and which Ms. Mortimer-Sandlands articulates so well.