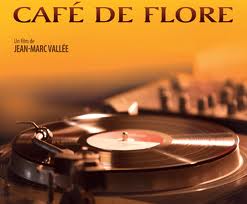 Photo credit: cineplex.com
9. Cafe de Flore will strike a chord with anyone who loves music and finds an infinite life source of pleasure and inspiration in it. The soundtrack (Sigur Rós, The Cure, Led Zeppelin, Pink Floyd) is haunting and lingering.

Re. the song, Café de Flore, there are two versions.  There is the uptempo lounge 60s jazz number, and a modern version that's pure dance club. The song connects Antoine the DJ (Parent) and the young boy with Down's Syndrome from the earlier era. 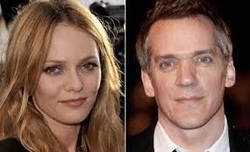 Photo credit: theplaylist.blogspot.com
8.  The actors.  Moving performance by Vanessa Paradis, who plays the courageous mother of a child with Down’s syndrome.  Kevin Parent is totally believable in this debut role, and both Hélène Florent and Evelyne Brochu are magnificent as well as beautiful.

7.  The director (Vallée) who is a risk taker that knows when to ask his actors to be subtle and when to bring on those explosive emotions.

6.  To discuss with future generations since it will be remembered as the best Canadian film of 2011!!  And not because it is void of stumbling colts, but because of them.  Like everyone I know, we all have our faults, but it's the brilliant gems that shine through in this film, as with those I love.

5.  It will resonate with anyone who has ever made a decision and begun to wonder/doubt about that choice. This may prove especially true of anyone who has gone through a tough separation or divorce, but I don't think that's necessary.

3.  For this mother-son relationship alone.  Vanessa Paradis and Marin Gerrier light up the otherwise dreary streets of Paris. Paradis shines as a mother who loves, smothers, and obsesses (as any good mother does, no matter what magazines say)


2.  For the powerful questions it is sure to evoke.  Can destiny cause unrequited love? Can you really find two “soul mates” in one life?  What are your sources of happiness? 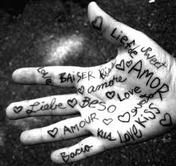 Photo credit: layoutsparks.com
1.  This is a hymn to love!
It's a singularly unique look at the nature of love (romantic and maternal).  We see the wonderful side as well as the cruelty of unrequited or lost love alongside the joys of new passion.